Atiku Abubakar, GCON is a Nigerian politician, 2019 presidential candidate, businessman, and philanthropist, who served as the second elected vice-president of Nigeria from 1999 to 2007, on the platform of the People’s Democratic Party, with President Olusegun Obasanjo.

While at Idi-Iroko, Abubakar met nineteen-year-old Titilayo Albert, who he secretly married in December 1971, in Lagos, because her family was initially opposed to the union. On 26 October 1972, Titilayo delivered a baby girl they named Fatima. She later gave birth to Adamu, Halima and Aminu.

In January 1979 he married Ladi Yakubu as his second wife. “I wanted to expand the Abubakar family. I felt extremely lonely as a child. I had no brother and no sister. I did not want my children to be as lonely as I was. This is why I married more than one wife. My wives are my sisters, my friends, and my advisers and they complement one another,” Abubakar has said. He has six children with Ladi: Abba, Atiku, Zainab, Ummi-Hauwa, Maryam and Rukayatu.

In 1983 he married his third wife, Princess Rukaiyatu, daughter of the late Lamido of Adamawa. She gave birth to AIsha, Hadiza, Aliyu (named after her late father), Asmau, Mustafa, Laila and Abdulsalam. His fourth wife, Fatima Shettima, followed in 1986. Fatima gave birth to her first child Amina (Meena), Mohammed and two sets of twins Ahmed and Shehu, Zainab and Aisha then her last daughter Hafsat.

Abubakar later divorced Ladi, allowing him to marry, as his fourth wife (the maximum permitted him as a Muslim), Jennifer Iwenjora, who then became Jamila Atiku-Abubakar. Jennifer gave birth to Abdulmalik, Zara and his youngest child.

Tax Officer in the regional Ministry of Finance 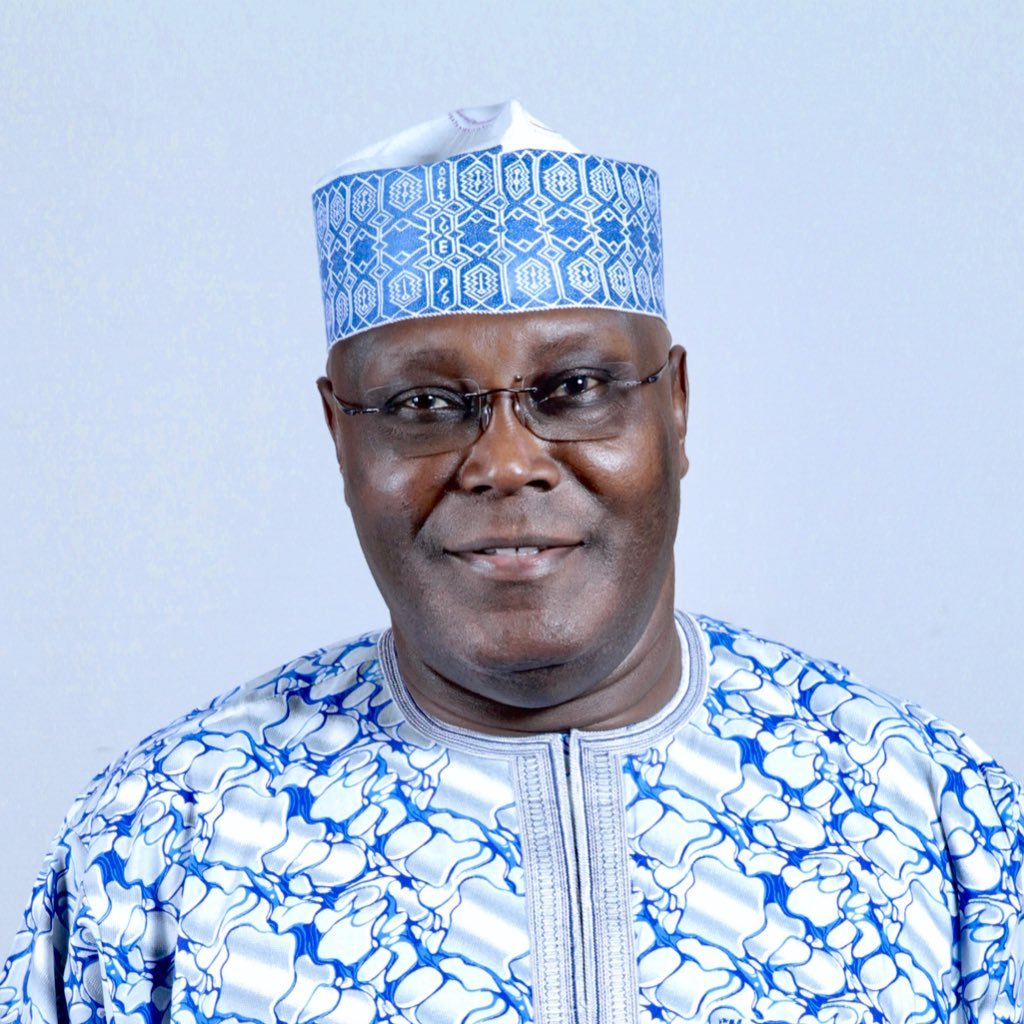 Abubakar’s first foray into politics was in the early 1980s, when he worked behind-the-scenes on the governorship campaign of Bamanga Tukur, who at that time was managing director of the Nigeria Ports Authority. He canvassed for votes on behalf of Tukur, and also donated to the campaign. Towards the end of his Customs career, he met Shehu Musa Yar’Adua, who had been second-in-command of the military government that ruled Nigeria between 1976 and 1979. Abubakar was drawn by Yar’Adua into the political meetings that were now happening regularly in Yar’Adua’s Lagos home. In 1989, Abubakar was elected a National Vice-Chairman of the Peoples Front of Nigeria, the political association led by Yar’Adua, to participate in the transition programme initiated by Head of State Ibrahim Babangida.

Abubakar won a seat to represent his constituency at the 1989 Constituent Assembly, set up to decide a new constitution for Nigeria. The People’s Front was eventually denied registration by the government (none of the groups that applied was registered), and found a place within the Social Democratic Party, one of the two parties decreed into existence by the regime.

Vice Presidency (1999–2007): Abubakar was sworn in as Vice-President of Nigeria on 29 May 1999. He presided over the National Council on Privatization, overseeing the sale of hundreds of loss-making and poorly managed public enterprises.

“Education truly can change a person’s story, it gave me everything. Whatever happens, get an education” – Atiku  A.

In 2011, while celebrating the 50th anniversary of the US Peace Corps in 2011, the National Peace Corps Association (NPCA) – an independent 501 (c) (3) nonprofit organisation – honoured Abubakar with the Harris Wofford Global Citizen Award.

In 2005 Abubakar established the American University of Nigeria (AUN).  AUN is the first American-style University to be established in Nigeria. It was founded in Yola, the capital of Adamawa State.

Atiku Abubakar was accused by the U.S. government of money laundry via a company NICOTES, later rebranded as INTELS.