Dr. (Mrs.) Akon Etim Eyakenyi is a Nigerian educator, and the current Senator representing Akwa Ibom South Senatorial District. She formerly served as the Minister of Lands, Housing and Urban Development during the administration of President Goodluck Jonathan.

Eyakenyi was born on February 24th, 1960 to the family of Chief & Mrs. Charley Uweh Isangedihi, in Mbokpu Eyo-Akan village, Urue-Offong/Oruko local government area of Akwa Ibom State. She is married to Engr. Etim Eyakenyi of Iquita village in Oron local government area, Akwa Ibom, and they have five children. She is a Christian, humanitarian, and philanthropist. 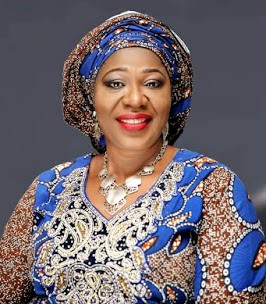 In 2000, following her success and contributions to the education sector, she was appointed as the Commissioner for Industry, Commerce and Tourism in Akwa Ibom State under the administration of Obong Victor Attah. During this time, she brought several hospitality investments to the state, a notable one being the Le Meridien Ibom Hotels & Golf Resort.

In 2013, during the second tenure of Godswill Akpabio’s regime, she was selected as the Chairman of the Akwa Ibom State Technical Schools Board. She served diligently in this capacity until her appointment as the Minister of Lands, Housing and Urban Development, in 2014, by President Goodluck Jonathan. Through this role, she effectively championed the need for affordable housing and sustainable urbanisation in Nigeria.

By June 2015, Eyakenyi was appointed into the Technical Committee on the Realisation of the Ibaka Deep Seaport; and in October 2016, she was made Chairman of the Governing Council of Akwa Ibom State Polytechnic, Ikot Osurua.

Eyakenyi declared her intentions to run for senate and represent Akwa Ibom South senatorial district. In October 2018, she won the People’s Democratic Party’s primary elections. Later on, she was elected into the Senate during the 2019 Nigerian general elections, claiming a total of 122,412 votes. Thus, on 25th February 2019, she emerged the winner and is currently serving as the Senator of the Federal Republic of Nigeria, representing the Akwa Ibom South Senatorial District. Eyakenyi is also the Vice Chairman of the Senate Committee on Education.