Christopher Stephen Obong Ekpenyong is the present Senator of the Federal Republic of Nigeria, representing Akwa Ibom North-West Senatorial District. He also served as the Deputy Governor of Akwa Ibom State between 1999-2005 under the leadership of Victor Bassey Attah. 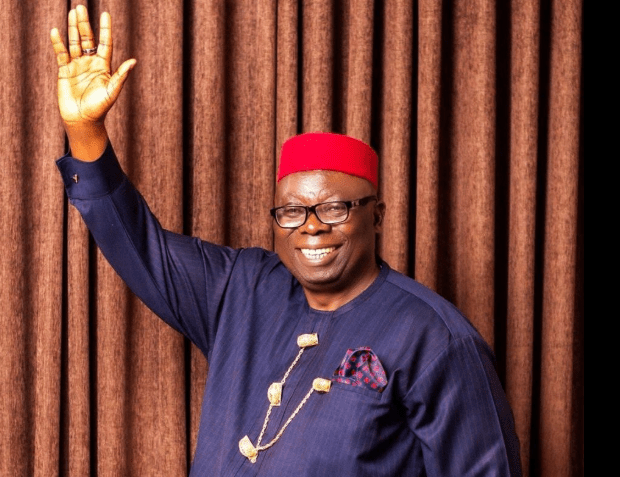 Ekpenyong broke into politics by serving as the Deputy Governor of Akwa Ibom State between 1999 and 2005, under the administration of Governor Victor Attah.

In 2005, he was impeached from his office as Deputy Governor on grounds of alleged “abuse of office, gross misconduct and disregard for constituted authority”. Following the intervention of the President of that administration, Olusegun Obasanjo, the impeachment was reversed by the Akwa Ibom State House of Assembly within 7 days. Ekpenyong however resigned.

In 2006, Ekpenyong aspired for the office of Akwa Ibom State Governor, but the PDP governorship candidate ticket was given to Godswill Akpabio.

Fourteen years afterwards; in 2019, he was selected by the Peoples Democratic Party to run for the senatorial seat representing Akwa Ibom North-West Senatorial District. His closest rival, Godswill Akpabio, now under the flagship of APC, was the incumbent of the seat. Nonetheless, Ekpenyong emerged the winner after receiving 118,215 votes against Godswill Akpabio’s 83,158 votes.

On November 9th, 2018, the Court of Appeal in Calabar, Cross River State, ordered a rerun of the senatorial election in the Essien Udim local government area, Akwa Ibom State. According to the results released by the Independent National Electoral Commission (INEC), Ekpenyong got 134,717 votes to beat the 83,820 votes of Godswill Akpabio. Therefore, making Christopher Ekpenyong emerged as the Senator representing Akwa Ibom North-West Senatorial District.

He is currently the Vice-Chairman of the Water Resources Committee.

The Akwa Ibom State House of Assembly, in 2005, impeached Ekpenyong from his office of Deputy Governor of Akwa Ibom States, on the grounds of “abuse of office, gross misconduct and disregard for constituted authority”.