Obong Nsima Udo Ekere is a Nigerian entrepreneur, philanthropist and politician who served as the Managing Director of the Niger Delta Development Commission (NDDC) between 2016 to 2018. He was also the gubernatorial candidate of the All Progressives Congress for the 2019 Akwa Ibom State election. Ekere was born on May 29th, 1965 and is a native of Ikot Oboroenyin, Edemaya Clan, Ikot Abasi local government, Akwa Ibom State. He is married to Ese Nsima Ekere and they have children. He is a Knight of John Wesley (KJW) of the Methodist Church of God.

Ekere was born on May 29th, 1965 and is a native of Ikot Oboroenyin, Edemaya Clan, Ikot Abasi local government, Akwa Ibom State. He is married to Ese Nsima Ekere and they have children. He is a Knight of John Wesley (KJW) of the Methodist Church of God. 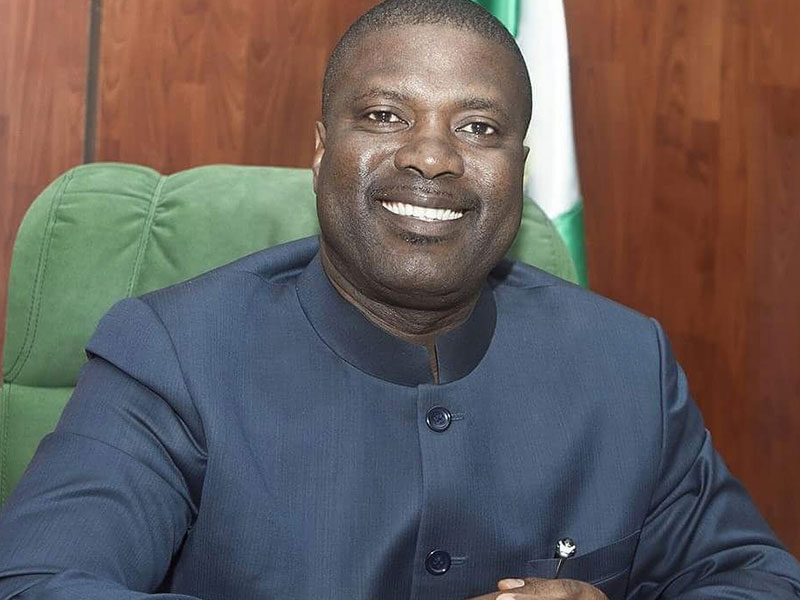 Ekere began his political career in December 1997, when he contested and won a seat in the Akwa Ibom State House of Assembly, on the platform of the Grassroots Democratic Movement (GDM) during the Abacha transition. However, due to the death of Abacha in June 1998, the transition was truncated.

In 1998, at the start of a new regime, he joined the People’s Democratic Party and played a very active role in the politics of Akwa Ibom State. He chaired the Akwa Ibom State Emergency Management Agency, while simultaneously being the Chairman of Ibom Power Company, the independent power generating company owned by Akwa Ibom State. In March 2008, he was appointed Executive Chairman of Akwa Ibom Investment & Industrial Promotion Council (AKIIPOC). Ekere served in all these capacities till he emerged as the Deputy Governor of Akwa Ibom State on May 29th, 2011, under the Godswill Akpabio administration. However, in October 2012, he abruptly resigned from his office as Deputy Governor on personal grounds.

Ekere contested in the PDP primary elections for the 2015 Akwa Ibom gubernatorial elections,which he lost, to Udom Emmanuel. Following this, he defected to APC, and emerged the leader of G22 ( a group of 22 displeased PDP aspirants for the 2015 governorship elections, who decamped to APC after losing out in their respective primaries). In 2019, he finally had the opportunity of holding the  Akwa Ibom governorship candidate ticket under the flagship of APC. Ekere lost the elections to Udom Emmanuel.

In August 2016, Ekere was appointed to the Board of the Niger Delta Development Commission as the Managing Director. He developed and implemented a roadmap, called the 4-R strategy, which involved – restructuring the Commission’s balance sheet, reforming the governance systems, restoring NDDC to its core mandates and reaffirming a collective commitment to doing what is right and proper. On January 25th 2019, he resigned from the office of Managing Director of the Niger Delta Development Commission.

Recipient of the 2018 New Telegraph Award for Corporate Leadership