Chief Godswill Obot Akpabio is a Nigerian lawyer and the current Minister of Niger Delta Affairs. He has held notable political positions including the Senator of the Akwa-Ibom North-West Senatorial District, the Senate Minority Leader between 2015 and 2018, and the Governor of Akwa Ibom State during an eight-year tenure.

Godswill Akpabio is one of the most prominent Nigerian politicians and has been widely recognised nationally and internationally.

He is the author of the book, “Words that Build a Nation: Famous Words of Governor Akpabio” published in 2009.

Akpabio was born on December 9th, 1962 to Chief Obot Akpabio and Madam Lucy Obot Akpabio of Ukana, Ikot Ntuen in the Essien Udim local government area. He was raised by his mother, due to his father’s death when he was young. He comes from a family of prominent leaders, who have served in communities, regions and nationally.  His grandfather, Okuku Udo Akpabio, was a warrant chief in Ikot Ekpene province; his cousin, Justice Nsima Akpabio, was a senator in the Second Nigerian Republic.

Akpabio is of the Catholic faith. He is married to Ekaette Unoma Akpabio, and they have four daughters and a son. He also has a son from another woman, Glenn Udosen. 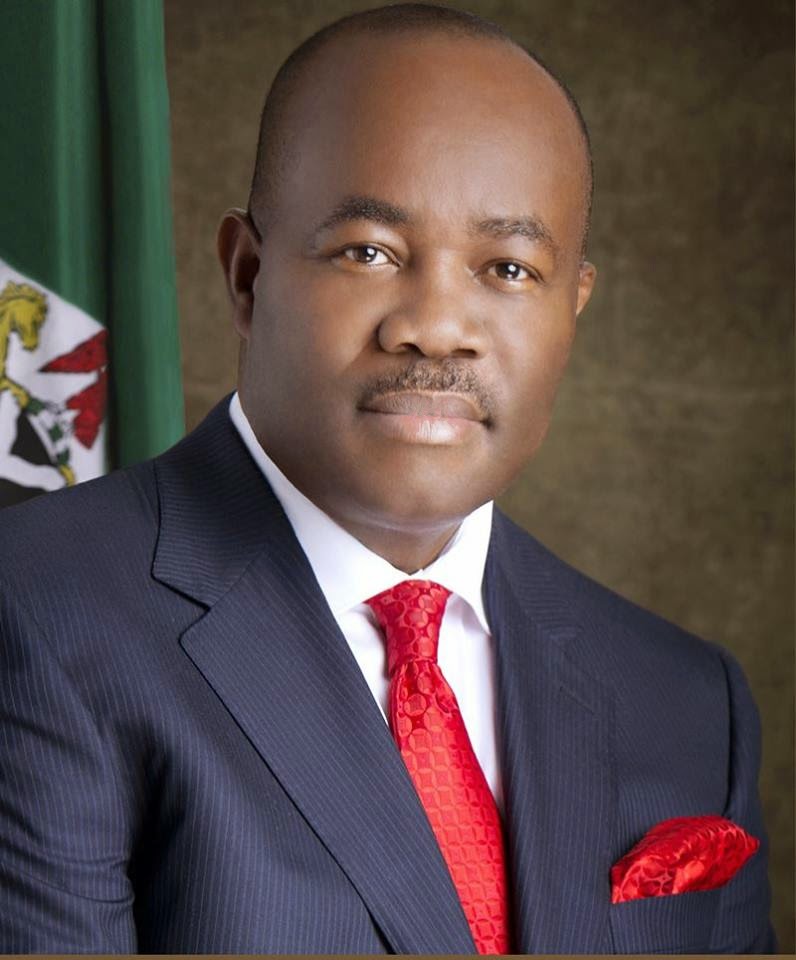 Minister of Niger Delta Affairs (since 2019)

In 2006, he contested in the primary elections of the People’s Democratic Party to emerge as the party’s gubernatorial candidate. Akpabio was successful in the primary elections by defeating 57 rivals, and he immediately started his campaign with the slogan, “Let God’s will be done” which was widely supported. In 2007, he became the Governor of Akwa Ibom State and was re-elected for a second term in 2011. While in office, in 2013, Akpabio was elected Chairman of the PDP Governors Forum.

In 2015, he was elected as a Senator, to represent the Akwa Ibom North-West senatorial district (Ikot Ekpene). During this time, he was also nominated for the position of Senate Minority Leader by the South-South group of the People’s Democratic Party.

Akpabio resigned from his position as the Senate Minority Leader in August 2018, while announcing his defection to the All Progressive Congress, one of Nigeria’s prominent political parties.

In 2019, he was nominated by President Muhammadu Buhari for a ministerial appointment, and on August 21st 2019, he was sworn in as the Minister of Niger Delta Affairs.

In 2015, Akpabio was under investigation by the Economic and Financial Crimes Commission (EFCC) for allegedly diverting over 100 billion Naira from Akwa Ibom State during his tenure as Governor (between 2007 and 2015). According to American diplomats at the time, the level of corruption in his administration was “exceptional”. He however denied the allegations.

Members of the House of Representatives summoned Akpabio in May 2020, over the misappropriation of 40 billion Naira through corruption in the Niger Delta Development Commission (NDDC).