Chief Tolu Odebiyi, an Iboro born political tactician is the Chief of Staff to the Ogun State Governor Ibikunle Amosun and governorship aspirant on the platform of the All Progressives Congress for the 2019 election. His father, Chief Jonathan Odebiyi, was the Minority Leader in the Second Republic Senate on the platform of the defunct Unity Party of Nigeria.

Born 23rd April 1956 in Okemesi-Ekiti, Chief Tolu Odebiyi’s working career spans several real estate development projects both in the United States and Nigeria. He was at a time responsible for the generation and brokerage of commercial and residential transactions in excess of $150million in the United States.

He was responsible for closing several big ticket deals for firms with market leaders that included banks, oil and gas, and diversified conglomerates.

He has been a consistent sponsor and mentor of the less privileged students in his home town Iboro. 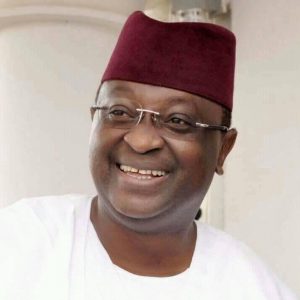