Gershom Henry Bassey is a Nigerian businessman and the Senator representing Cross River South Senatorial District, under the banner of the People’s Democratic Party. He served as the Chairman of the Cross River State Water Board between 1999 and 2014.

Gershom was born on 18th March 1962, in Lagos State. He hails from Calabar South local government area of Cross River State. Bassey is married to Chioma Gershom-Bassey, and they have children. He is a member of the Presbyterian Church of Nigeria. 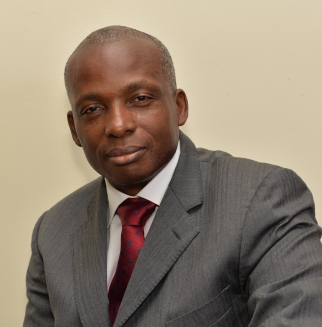 Bassey’s political career started when he was appointed Chairman of the  Cross River State Water Board in 1999, a position he held until 2014. He also served as the Chairman of the Strategic Policy Committee in Cross River State. While doing these, he was involved in the activities of the People’s Democratic Party in Cross River state, by being a Delegate for PDP National Conventions and a leader of the Calabar South Local Government PDP caucus.

In 2014, Bassey declared his interest for the senatorial seat representing Calabar South Senatorial District. He contested in the 2015 elections, on the PDP platform, and emerged the winner. He was appointed the Vice Chairman of the Senate Committee on Petroleum Resources (Upstream).

During the 8th National Assembly, he sponsored several bills namely:

Bassey was re-elected to the National Assembly in 2019, and he was appointed the Chairman of the Senate Committee on Federal Roads Maintenance Agency

In 2021, Senator Bassey in an interview stated that Ayade had allegedly been coercing government appointees to cross over from PDP to APC, by telling them that their medical bills and children’s school fees might not be paid if they do not defect to the government’s party.