Ibrahim Yahaya Oloriegbe is the Senate member who has been representing the Kwara Central Senatorial District since 2019, on the platform of All Progressives Congress.  He was a majority leader in the Kwara State House of Assembly between 1999 and 2003. Oloriegbe is a medical doctor and philanthropist.

He was born on 12th November 1960 in Kwara State to the wealthy family of Alhaji Yahaya Oloriegbe and Hajiya Hafsatu Oloriegbe. He lost his mother in 1972, at the age of eleven, when he was in primary 5. He is a Muslim, married to Alhaja Maimuna Abubakar Oloriegebe with four children, namely: a set of twins (Hassan, Husseinat), Abdul’Hakeem and Abdul’Hafeez. Oloriegbe has a biographical book, titled “Paragon of Virtue: Diary of Ibrahim Yahaya Oloriegbe at 60” by Akin Adeolu and Olakunle Adewunmi. 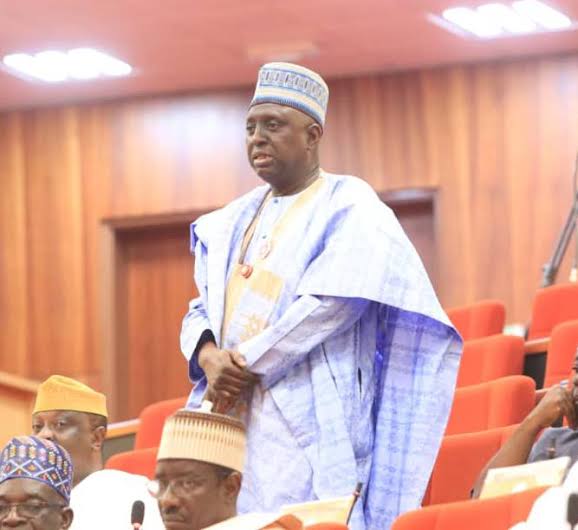 He later became a member of the Action Congress of Nigeria (ACN), and contested for the senatorial seat representing Kwara Central Senatorial District in 2011. He however lost to Bukola Saraki, who was the Governor of Kwara State at the time. Oloriegbe contested for this same seat in 2019, on the platform of All Progressives Congress, and emerged the winner, defeating incumbent Senator Bukola Saraki. Oloriegbe thus emerged as the Senator representing Kwara Central Senatorial District in the 9th National Assembly. He was appointed the Chairman of the Senate Committee on Health, and the Vice Chairman of the Senate Committee on Diaspora and NGOs.