Ivara Ejemot Esu is the Deputy Governor of Cross River State, under the leadership of Governor Benedict Ayade. He is an academic administrator, pedologist (soil scientist) and professor.

He was born on 3rd May 1951, to the family of Mr Jonathan and Mrs Ada Ejemot Esu at Agwagune, Biase Local Government Area of Cross River State. He is married to Omotunde Abosede Ivara Esu, a former permanent secretary in the Cross River State Government, and they are blessed with four children; Ekpereonne, Ozak, Orimini and Onyi. He has published several books and journal papers. 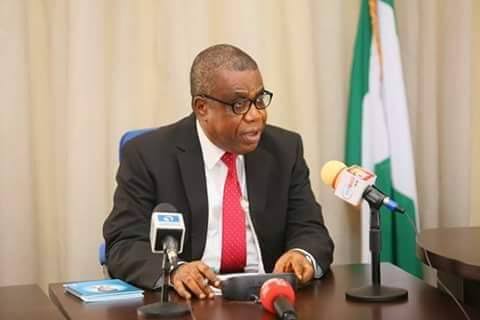 In 1992, Esu was appointed as the Commissioner for Agriculture, Water Resources and Rural Development in Cross River State. He held this position for a year.

Between January and May 2007, he served as the Honourable Minister of State for Tourism, Culture and National Orientation.

In 2015, he was chosen to be the running mate of Benedict Ayade, and on the platform of the People’s Democratic Party, they emerged winners in the 2015 gubernatorial elections of Cross Rivers State.

In May 2021, when Governor Benedict defected to All Progressives Congress, Esu did the same.

In 2021, Senator Bassey in an interview stated that Ayade had allegedly been coercing government appointees to cross over from PDP to APC, by telling them that their medical bills and children’s school fees might not be paid if they do not defect to the government’s party.