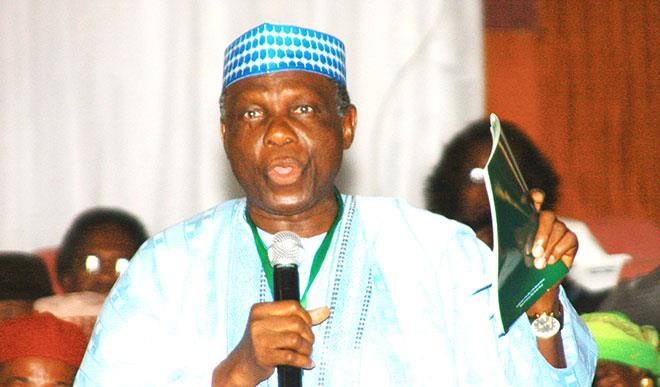 Gana ran unsuccessfully for President in 1992 on the Social Democratic Party platform. He was elected Senator in 1983, serving briefly until the military coup that brought General Muhammadu Buhari to power. He was appointed chairman of Mass Mobilisation for Social and Economic Recovery under General Ibrahim Babangida’s government. He subsequently became a cabinet minister for Agriculture and Natural Resources, Information and Culture, Cooperation and Integration in Africa and again for Information and National Orientation.

Gana was the founding national secretary of the Peoples Democratic Party (PDP) in 1998. In June 2001, President Olusegun Obasanjo appointed Gana Minister of Cooperation and Integration in Africa.  In January 2001, Obasanjo reassigned his cabinet. In the new cabinet announced in February 2001, Gana was Minister of Information. Gana was also secretary of the PDP Board of Trustees. Gana resigned in July 2006 as special advisor to President Olusegun Obasanjo, and in August 2006 announced he would contend for the PDP candidate for the 2007 presidential elections.