Chief (Barr) Kelechi Eric Igwe is a Nigerian lawyer and the current Deputy Governor of Ebonyi State, under the leadership of Governor David Umahi.

He was born on 17th June 1970, to the family of Ambassador Chief Francis Igwe of Onu-Nwakpu, Ndufu Alike, Ikwo Local Government Area, Ebonyi State. He is married to Mrs Ethel Nnenna Igwe and they are blessed with three children. Igwe’s interests include football, volleyball, reading and writing. He is a Christian and he serves as a Deacon in the Assemblies of God Church. 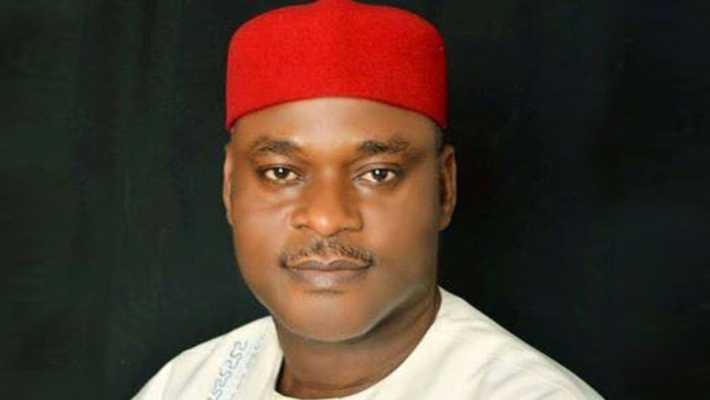 In 2000, Igwe was a member of the Federal Government Delegation to Nigerian Peoples’ Forum Washington D.C. He also served in the Operations and Mobilisation department of Umaru Musa Yar’Adua’s presidential campaign in 2007.

The capacities he had worked in, coupled with his experience with politicians and public servants, made David Umahi select Igwe as his running mate for the 2015 Ebonyi State elections. They emerged winners on the platform of the People’s Democratic Party and were re-elected in 2019.

In 2020, Igwe defected to All Progressives Congress along with his leader, Governor David Umahi.

Following Igwe’s defection to All Progressive Congress, alongside Governor Umahi, People’s Democratic Party filed a suit against them, seeking their removal from office on account of their defection. According to PDP, by defecting from the party on which they were sponsored and elected as governor and deputy governor of Ebonyi State, to the APC, a political party that did not win the election, they have resigned or were deemed to have resigned from office. Igwe and Umahi however asked the Federal High Court to dismiss the suit, on the basis that votes casted belong to them and not necessarily the political party. The Federal High Court of Abuja fixed March 8th and 14th, 2022 as dates to deliver judgments on the case.