Olujimi Kolawole Agbaje Agbaje is a Nigerian politician and pharmacist, by profession. He was the 2015 and 2019 Lagos State People’s Democratic Party’s Governorship Candidate, but he lost to Akinwunmi Ambode and Babajide Sanwo-Olu, respectively.

He was born on the 2nd of March 1957 in Lagos State to Late Chief Julius Kosebinu, a banker, and Mrs Margaret Olabisi, a teacher. Born into a family of 5 children, he is the second child, having one of his siblings Segun Agbaje, the Chief Executive Officer of Guaranty Trust Bank.  Olujimi is married to Abiola Agbaje, a lawyer and they are blessed with three children (two boys and a girl). 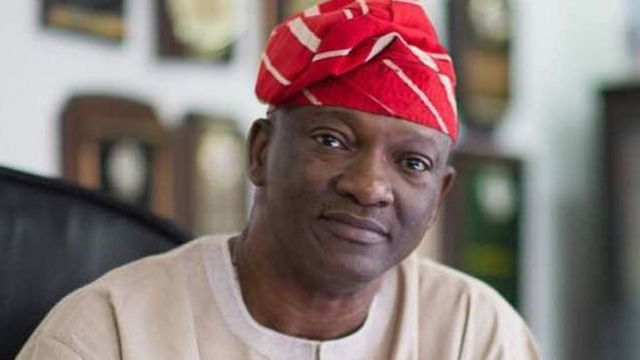 According to Agbaje, his political journey was inspired by the annulment of the historic June 12, 1993, election, won by the late Chief MKO Abiola. This led Agbaje to join the socio-political organization, Afenifere, where he served as National Treasurer.

Based on his affiliation with Afenifere, he joined  Action Congress (AC), the platform through which he initially aspired to contest for the governorship seat of Lagos State.  When it was alleged that Governor Bola Tinubu had already chosen a successor even before the party primaries, Agbaje pulled out of AC to join the Democratic People’s Alliance (DPA). He contested in the 2007 Lagos gubernatorial elections under the DPA platform but lost to Babatunde Raji Fashola of Action Congress.

Agbaje left DPA in 2011 and went on to join the People’s Democratic Party. In 2014, he emerged as the party’s candidate for the 2015 Lagos gubernatorial elections. Agbaje however lost the general elections to Akinwunmi Ambode of the All Progressives Congress.

Again, in October 2018, Jimi secured the PDP’s ticket to run for the office of the Lagos State governor. He was later defeated by Babajide Sanwo-Olu of the All Progressives Congress.