Philip Tanimu Aduda is the Senator who has been representing the Federal Capital Territory, since 2011, on the platform of the People’s Democratic Party. He is the Senate Minority Whip of the National Assembly. He previously served in the Nigerian House of Representatives between 2003 and 2011.

Born on 13th June 1969, in Karu, Federal Capital Territory Abuja. He is from the family of Rt. Rev Tanimu Samari Aduda (the Bishop of Gwagwalada), and Chief (Mrs.) Jummai Tanimu Aduda. His brother, Gabriel Aduda, is also a Federal Permanent Secretary. 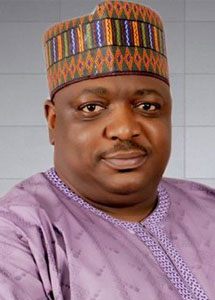 Landlord of the National Assembly

Aduda began his political career by running for the office of Councillor of Karu Ward, Abuja in 1996. He ran on a non-party basis and was elected and held various positions in the Abuja Municipal Area Council (AMAC), including;

Following this, in 2003, he was elected as a House of Representatives member, to represent AMAC/Bwara Federal Constituency in Abuja. He held this position until 2011. During this time, he served as the Chairman of the House Committee on Federal Capital Territory.

Prior to the 2011 general elections, the Federal Capital Integrity Group and other NGOs declared their support for the candidature of Aduda for the FCT Senate seat. He thus decided to run on the platform of the People’s Democratic Party, and won 105,562 votes, defeating his closest opponent, Musa Tanko Abari of Congress for Progressive Change, who got a total of 54,307 votes. Following Aduda’s swearing-in, he was appointed the Chairman of the Senate Committee on Power, Steel Development and Metallurgy.

On March 28th, 2015, he was re-elected to the Nigerian Senate for a second term representing Federal Capital Territory. He was also appointed the Senate Minority Whip (a position he holds to date) and the Chairman of the Senate Committee on Land Transport.

Aduda was re-elected for a third time into the Nigerian Senate, in 2019. In the 9th National Assembly, he serves as the Vice-Chairman of the Senate Committee on the Downstream Petroleum Sector.