Prince Uche Secondus is a Nigerian businessman and politician, known as “Total Chairman”. As an elder statesman, he was the Chairman of the PDP National Working Committee between 2017 and 2021. He was also the second chairman of the Rivers State People’s Democratic Party. Secondus has been in party politics since his days as the Youth Leader of the Rivers State chapter of the defunct National Party of Nigeria (NPN).

He was born on 22nd March 1955. He was born and raised in Andoni, Rivers State. Secondus is married to Ene Belema Secondus. The union is blessed with children including daughter Margret Tariah who recently got married to Abel Tariah.

Secondus worked as the pioneer Chairman of the Governing Board of the National Identity Management Commission (NIMC). 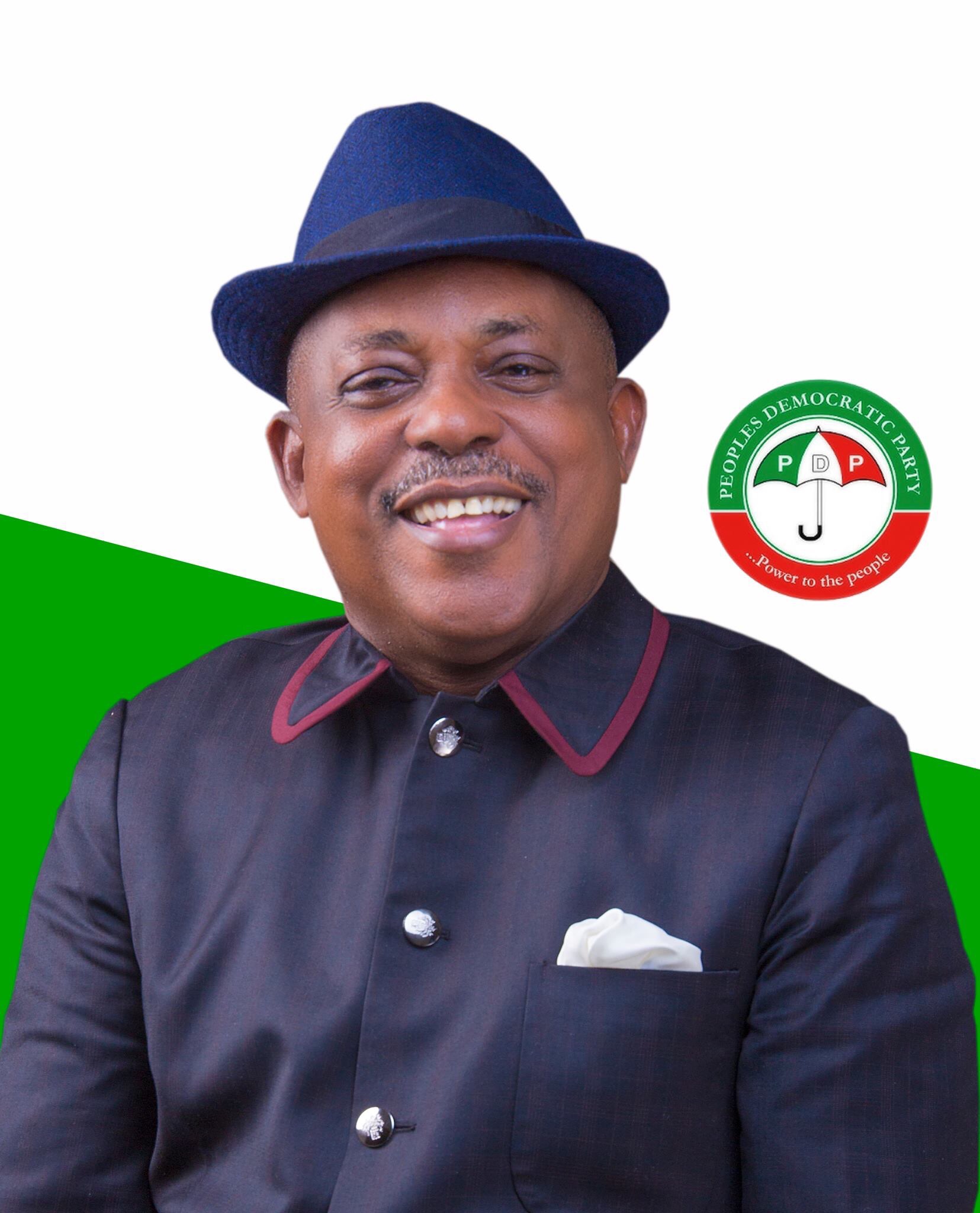 In 2002, after the return of democracy,  he was elected the Chairman of the Peoples Democratic Party (PDP) in Rivers state – a position he held for two terms, until 2008.  While state party chair, he earned the title “Total Chairman”, and headed an influential group in the National Executive Committee known as G.84.

In 2007, Secondus was the South-South Coordinator for the PDP National Campaign Council that organised the campaigns for the party during the 2007 general elections. Following this, in 2008, he was promoted to the National Organizing Secretary of the party, a position he held until 2012.

In 2017, Secondus was announced the winner of the election which made him the PDP National Working Committee Chairman. He worked in this capacity until 2021, when he was suspended by the party, due to his alleged inability to address internal issues threatening the party.

He believes that leaders should not play to the gallery but should be sincere in their dealings with the people from whom power is derived in the first place.

He was detained by the Economic and Financial Crimes Commission  in 2016 for “illegally” receiving, on behalf of the PDP, 23 luxury vehicles valued at ₦310 million from the controversial businessman, Jide Omokore. The Federal High Court of Abuja however declared Secondus’ arrest and detention unlawful. The court awarded ₦10 million damages against EFCC.