Samuel Ominiyi Egwu is the Senator representing Ebonyi North Senatorial District under the People’s Democratic Party platform. He served as the Governor of Ebonyi State between 1999 and 2007.

He was born on 20th June 1954, at Iboko, Izzi local government area, Ebonyi State. He is married to Mrs Eunice Ukamaka Egwu, and they are blessed with children. 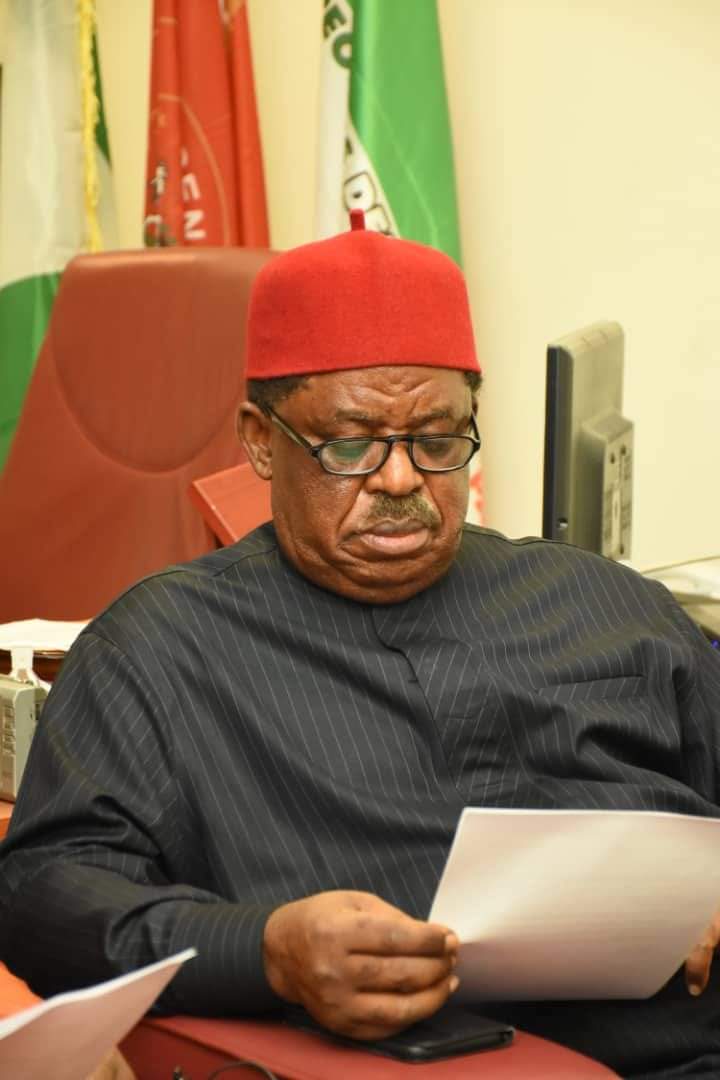 Egwu was re-elected in 2003 as the Governor of Ebonyi State. Following the end of his tenure, in 2008, President Umaru Yar’Adua appointed him the Federal Minister of Education – a position he held till April 2010.

In 2015, he successfully contested the senatorial seat representing Ebonyi North Senatorial District on the People’s Democratic Party platform. He served as the Chairman of the Senate Committee on Industry between 2015 and 2019.

Egwu was re-elected in the National Assembly in 2019, and currently, he serves as the Chairman of the Senate Committee on Housing.

His legislative interests include:  Agriculture, Education and Public Account

National Honour of Commander of the Order of the Nigeria (CON)

Egwu’s stay as the Minister of Education was characterised by several Academic Staff Union of Universities (ASUU) strikes and strikes of other university unions. This led to the masses demanding his sacking. The criticisms increased when Egwu spent 120 million to celebrate his wedding anniversary, just 48 hours after the Trade Union Congress (TUC) demanded his sack for the lackadaisical way he handled the strike by university lecturers.