Emmanuel was elected Governor of Akwa Ibom State on 11th April 2015 and re-elected for a second term on 9th March 2019.

He was born on 11th July 1966, in Awa Iman, Onna local government area, Akwa Ibom State. He is married to Martha Udom Emmanuel, and they are parents of three children. Udom grew up as a Christian and he served as a Sunday school teacher. He is currently a Deacon of the United Evangelical Church (QIC), Nigeria. He is expressive of his unwavering support for the Premier League football club, Arsenal. 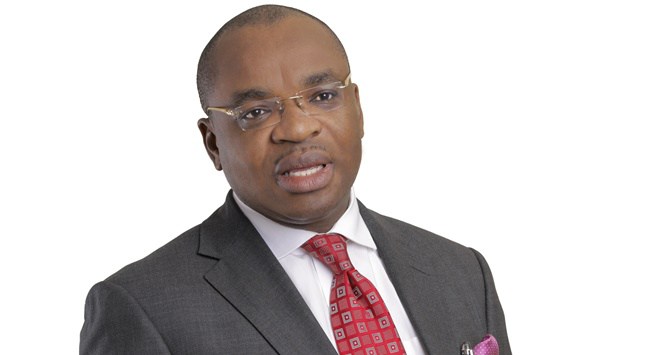 In July 2013, he was appointed Secretary to the State Government of Akwa Ibom State under the administration of Governor Godswill Akpabio. His years of leadership experience in the financial industry made him noticeable to the Governor.

In 2014, he aspired for the governorship of Akwa Ibom State in a hotly contested primary election and defeated 22 other aspirants (G22) to emerge the candidate of the People’s Democratic Party in Akwa Ibom State. His campaign with the slogan, “Udom is Right” received mass support.

In 2015, he was elected Governor of Akwa Ibom State, Nigeria. Running under the platform of the People’s Democratic Party (PDP), he won with 999,071 votes to defeat APC’s candidate Umana Okon (who got 89,865 votes). Udom Emmanuel was declared elected by the Independent National Electoral Commission (INEC).

On the 9th of March, 2019, Emmanuel was re-elected as the Governor of Akwa Ibom State under the flagship of PDP with a total of 519,712 votes; he defeated 44 other candidates with his closest rival being Nsima Ekere of the All Progressive Congress party.

He adopted a pragmatic approach to the leadership of the State, anchoring his administration on deep Christian and moral values.

2016 Leadership Award for Best Governor of the Year

Recipient of the 2021 African Regional Awards

In 2020, Udom faced allegations of corruption pertaining to budget overruns and questionable expenses (both personal and administrative). Some of these allegations include: